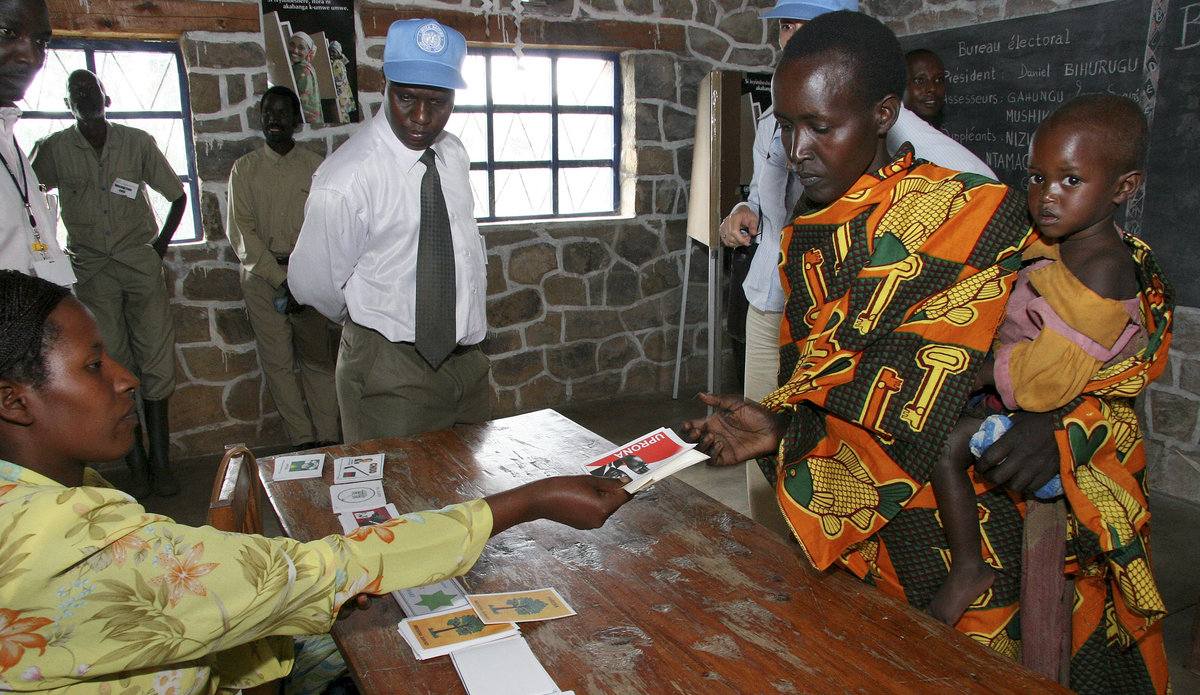 The United Nations Electoral Observation Mission in Burundi (MENUB) officially started its operations in the country on January 1st  2015, as stated in Security Council resolution 2137 (2014). The mission was deployed in order to monitor the electoral process and inform the United Nations Secretary-General.

The Mission was set up at the request of the Government of Burundi and will report on the electoral process in the country which will organize five polls in a four-month period between May and September. The elections start with the legislatives and communes on 26 May 2015. The first round of the presidential is scheduled for 23 June and, if necessary, a run-off on 27 July. On 17 July, Burundian voters elect senator and the cycle ends on 24 August with the holding of local elections (hills and districts councils).