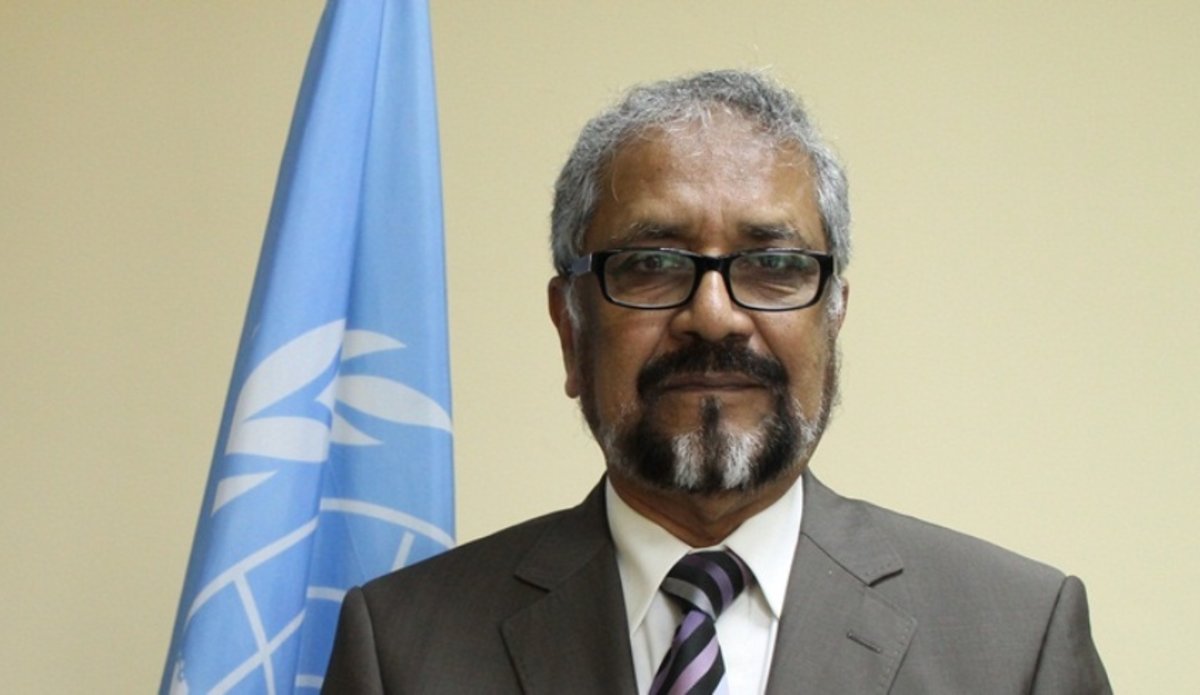 Cassam Uteem of Mauritius was appointed by the United Nations Secretary-General Ban Ki-moon as his Special Envoy and Head of the United Nations Electoral Observation Mission in Burundi (MENUB) on 10 November 2014. He brings to this position extensive political and diplomatic experience with his Government.

Mr. Cassam Uteem served as President of Mauritius from 1992 to 2002, after holding various positions in his country, including Minister of Employment, Social Security and National Solidarity (1982-83) and Deputy Prime Minister and Minister of Industry and Industrial Technology (1990‑92). Mr. Uteem is credited for having promoted his country's "Unity in Diversity" policies which succeeded in establishing national unity and a stable inclusive democracy in a multi-ethnic, multi-religious society.
Mr. Uteem was awarded the insignia of Grand Commander of the Order of the Star and Key of the Indian Ocean, the highest distinction of the land. He also holds honorary doctorates from the University of Mauritius; the University of Buckingham, United Kingdom; the University of Aix-en-Provence, France; the University of Tananarive, Madagascar; and the Jamia Millia Islamia University, India.
Born in 1941, Mr. Uteem is married and has two children.